Shellyann is a singer from Swansea, South Wales. She has been entertaining audiences across the land from the tender age of eleven!

Known as an experienced, compelling and showstopping performer, the “big voice from a small village in the Rhondda Valleys” recently brought the house down with her mesmerizing performances on BBC’s hit Saturday night TV programme All Together Now. A show that sees performers sing to get 100 judges from the Music & Entertainment Industry on their feet to win a competition prize of £50,000.

Shellyann’s three show stopping performances captivated the Nation and recorded the highest scores in the history of the show – 100 out of 100 in the final – where she was crowned the 2019 All Together Now winner!

With a voice described as “Incredible & Magical” by head judge, Spice Girls legend Geri Halliwell, Shellyann took her opportunity to own centre stage!

If you would like Shellyann to take centre stage at your event get in touch. 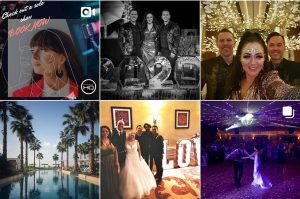 Please contact us for a quote. As every wedding and event is unique, we tailor our packages to suit you. There are also several factors for us to consider i.e. Peak dates, travel times, off-peak special offers, specific requirements etc. Rest assured, our pricing is always transparent with no hidden costs | GET QUOTE

Price is based on 4 band members performing 2 x 60 minutes.

Choose any of the following additional booking options when you hire The Shellyann Band: